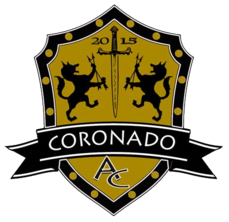 Futsal is an exciting, fast-paced small sided soccer game that is played across the world and is officially recognized by both FIFA and UEFA.

Futsal earned the status of FIFA’s official form of indoor soccer in the 1980s as it was recognized as a scaled down version of outdoor soccer played indoors.  It is a 5 v 5 small-sided game played on a hard surfaced, basketball sized court with a smaller, low bounce ball.  Futsal is played with touchline boundaries and without walls.

Futsal places a large emphasis on technical skill in high pressure situations which can be translated into the outdoor game.  The sport is a great skill developer as it demands quick reflexes, fast thinking and pin-point passing.

Futsal is played in all the continents of the world by over 100 countries with 12 million players.  Great soccer superstars such as Pele, Zico, Ronaldo, Messi, Kaka and Katia grew up playing the game and credit futsal with developing their skills.

The priority in Futsal is to motivate players in an environment that is conducive to learning. The more pleasure kids derive from their participation, the more they wish to play and practice on their own. While their instinct to play is natural, their affection and appreciation for soccer must be cultivated. Futsal is the foundation to such goals because it:

Allows players to frequently touch the ball.
Presents many opportunities to score goals and score goals often.
Encourages regaining possession of the ball as a productive, fun and rewarding part of the game (defending).
Maximizes active participation and minimizes inactivity and boredom.
Reflects the philosophy of player development expressed in state and national coaching schools.
Eliminates complicated rules such as off-sides that may hinder youngsters from "playing".